Marvin Hartley Bell is a poet and teacher who was the first Poet Laureate of Iowa. Bell was raised on Long Island. He served in the U. S. Army as a First Lieutenant. He writes about what he knows: his father, his wives, his sons, and himself, most of all, the durability of the human heart. The son of a Ukrainian Jew who immigrated, Bell has written of distance and the reconciliation between people, often touching on his complicated relationship to his roots.
I like Marvin Bell. He once said, ““Learn the rules, break the rules, make up new rules, break the new rules.” It’s hard not to like a guy like that. 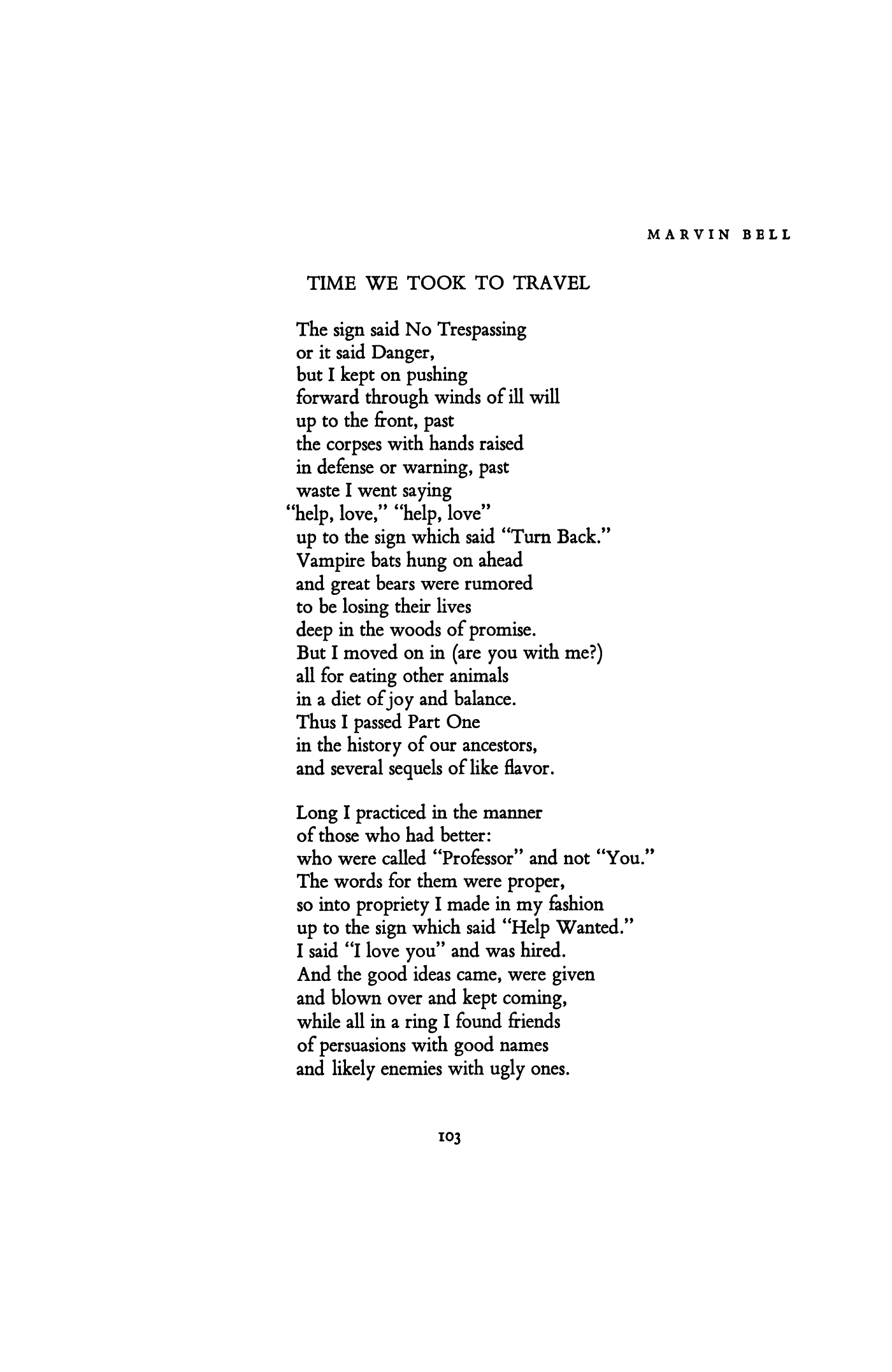 One thought on “Time We Took To Travel”